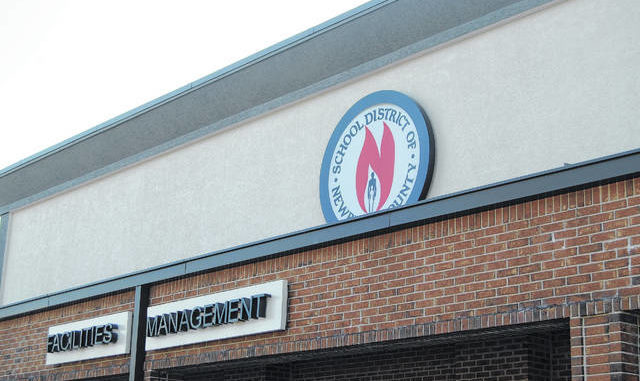 NEWBERRY — The Newberry County School District has a new home for Adult Education, First Steps, Facility Management and Bright Beginnings on Kendall Road. The new location — which many will know as the old Food Lion — took about a year to complete and the contract sum was $2,767,400.00, according to Assistant Superintendent for Operations and Administration Joey Haney.

“One thing we did, that wasn’t in the original base bid, we went ahead and did a roof replacement. It is not that it was in terrible condition, but we felt like it was the time to go ahead and do it since we invested so much in the final property,” Haney said. “That pushed the completion date back a little bit, but we finished the project in one year.” During an open house of the new facility, Haney said they were still moving into the facility — with Adult Education being the priority to get classes started. Roberta Kinard — director of Newberry Adult Education — said seeing the old Food Lion become Adult Education was an incredible transformation. “When you come in never would you think it was a grocery store, a laundromat and a Chinese restaurant — so it was a transformation,” she said. Haney said Adult Education pretty much has a new school. “That was the four tenant space, and we gutted those areas, created a hallway with classrooms on each side, and set it up with up-to-date technology,” he said. When you walk into the Adult Education space, you’ll go through the lobby, pass the administration offices and then you’ll see the classrooms. One of the first classrooms you will see is First Steps with Executive Director Sarah Eargle. “This is probably a little bit bigger classroom — we were in a classroom space as well (previously). It is similar, but it is more space,” she said. Walking out of First Steps and down the newly created hallway you’ll find the computer lab — a room Kinard said they are very proud of. The new lab, which Kinard said is their diploma classroom, is filled with new computers — replacing the old computers. The new classroom even has added space for laptop use. “All of the classrooms are equipped with an interactive panel as well, so that has been wonderful as well,” Kinard said. Patricia Armfield, college and career navigator, commented that students have been very impressed with their new facility. “I think it makes it extra special to see new surroundings — like new furniture and new technology — they’ve not had the benefits of those before and it is a lot of space. I think it’ll make a difference,” she said. Across the hall from the computer lab is the ESL (English as a Second Language) classroom. Calvin Gary, ESL/GED teacher, is a new teacher to the program, Kinard mentioned he recently went back to recertify so he could teach the program. “Students response (to the new location) has been wonderful — they’ve really loved it,” Gary said. “Taking a class this summer changed my whole opinion on what ESL was about, it’s about teaching these students survival, every day we teach a little bit of survival skills.” Gary said his class has been working on alphabet sounds, and what sounds the letters make. He said he also has some students applying to the citizenship test, so he made strips on how to answer questions in complete sentences. “One of Mr. Gary’s specialties is writing, he’s incorporating that into our ESL classroom — and some of the other classrooms as well,” Kinard said. Dr. Lynn Cary, assistant superintendent for Curriculum and Instruction, who was taking a tour of Adult Education during the Open House, said that she loves the new location. “It got everything together, one-stop shopping — our adults can come and if they need childcare we have Bright Beginnings a few steps away. We are very excited about it, I’m glad we could take something already here in the District, and Mr. Haney worked his magic and now we have the space,” she said. “We wanted it to look like our classrooms in the rest of the District, expose these students to the same type of technology and make sure they have cutting edge things and state-of-the-art equipment.” Another added benefit of the new Kendall Road facility is that the District is no longer leasing warehouse space. Jody Hamm, chairman of the Newberry County School Board, said that was an added benefit of the new location, since they are no longer leasing space. “As far as Adult Education and Bright Beginnings being more visible to our community is a benefit and moving them out of that previous location,” Hamm said. “This location is more visible to the Newberry community, and more accessible to the community.” Superintendent Jim Suber said seeing the before and after really made him appreciate the building. “Anytime you have a building in that type of shape, it starts to deteriorate a bit, and it took a little extra work,” he said. “Kudos to the planners, the architectural engineers, our construction management firms and the civil engineers that helped us — they came in with a game plan that was very affordable for us.” Suber added that they now have a huge space in the building for facility management, which is much more organized. “Quite a change for us, and quite an upgrade,” he said.
As for the previous location for Adult Education, the Old Gallman School, Haney said a decision has not been made of what will become of it, but he did say some local groups have inquired.
http://nl.newsbank.com/nl-search/we/Archives?p_action=doc&p_docid=1762E8F7CC7DEFE0&p_docnum=5
Copyright © 2022 School District of Newberry County. All rights reserved. Powered By Apptegy