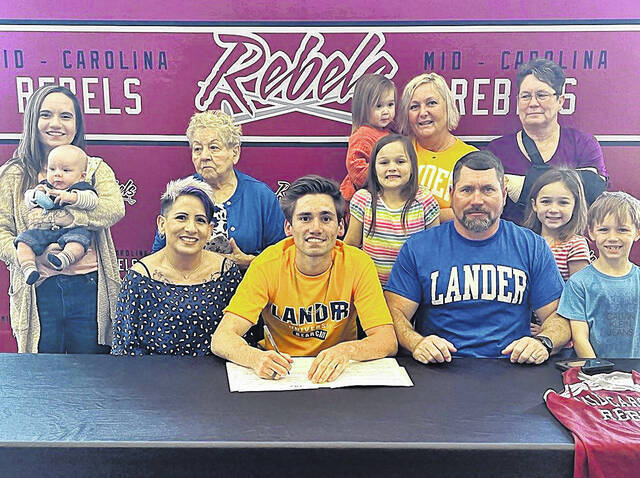 PROSPERITY - Mid-Carolina High School senior, Ethan Waites, will be a member of the inaugural track and field team at Lander University after signing his letter of intent.

“I first started looking at Lander because it was close to home, a great school and a pretty campus and was known to have a good business school. Once the track coach, Kevin Sola, contacted me I knew that it would be a great place to run,” Waites said.

As previously mentioned, next year is the first year for the track and field team at Lander. Waites said he thinks it is cool to be a part of that inaugural team.

“I will always be a part of history for that,” he said.

Waites has been on the Mid-Carolina High School track and field team for the past five years, one of those years was at Mid-Carolina Middle School.

While attending Lander University, Waites said he plans to major in business administration, management/marketing. He is also looking forward to getting better in his events and beating his personal records.

“I also am excited to show that I have what it takes to make it as a college athlete and make the team better. I also look forward to continuing my education at the next level and earning my degree,” Waites said.